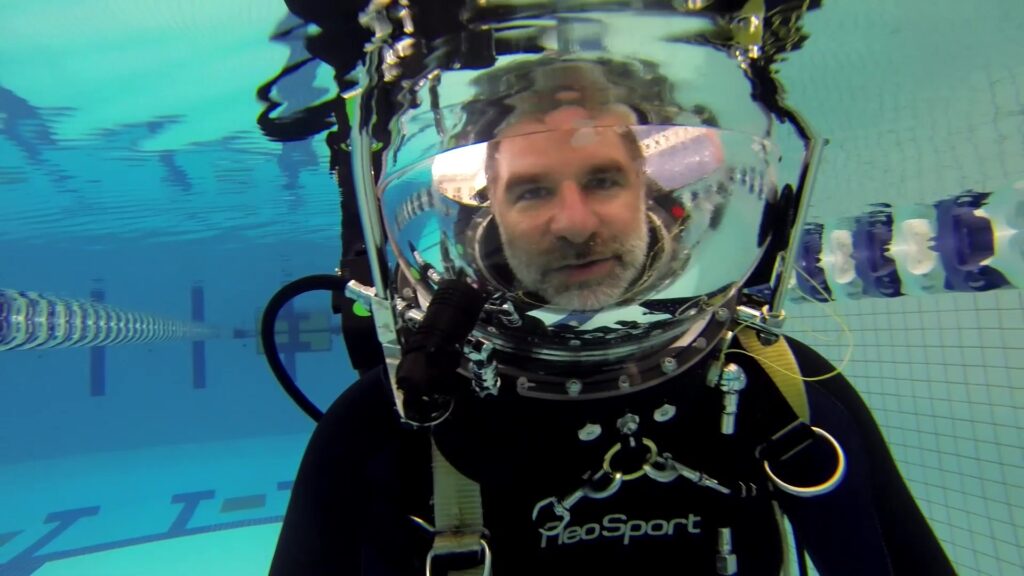 Michael is a career diving contractor and technologist, whose ongoing undersea work spans both academic and industry sectors – affording crossed platform approaches to underwater problem solving. Michael has personally amassed literally thousands and thousands of hours underwater while performing various work tasks. As an entrepreneur in the field, his role is often literally ‘beneath the surface’ – undertaking a variety of consulting, program management, and creative development responsibilities.

His creation of ‘Ocean Opportunity Inc.’, a 501(c)3 not for profit organization, has afforded the vehicle to apply his grassroots model for business and exploration to many projects which his business Lombardi Undersea frequently spearheads and/or seed funds. One notable success includes the Diving a Dream Project (2004-2007) which was aired on NBC’s Today Show in January 2007. Additional successful projects include deep mesophotic scientific exploration funded by the National Geographic Society, and instituting a novel, FDA authorized Covid-19 treatment technology and technique during the pandemic.

Michael has stood out as a leader in the community since 1997 as a Hugh O’Brien Youth Leadership (HOBY) award recipient, followed with being recognized as one of Rhode Island’s ’40 Under 40′ (2007) by the Providence Business News, an invited speaker at National Geographic’s Explorers Symposium in 2013, and being awarded the 2014 MTS Young Professionals Award. In 2021, he was among the inaugural class to be awarded the distinguished Chartered Marine Technologist (CMarTech) title under Royal Charter through MTS/IMarEst.

Currently, Michael holds an appointment as Co-Chairperson of the Marine Technology Society’s Diving Committee which was the resulting evolution of having held several appointments in institutional diving safety for organizations including NOAA’s Caribbean Marine Research Center, the University of Rhode Island, the American Museum of Natural History, Boston University, and the University of Arizona.

2012 marked the groundbreaking of the ‘Lombardi Undersea Resource Center’ in Rhode Island, to provide a physical home for research and development of advanced manned diving systems. This venture has commercialized several niche products. At LURC, work is underway on portable habitation systems as well as custom rebreather solutions for complex diving operations.

Michael persistently focuses on making strides in encouraging a greater public understanding and appreciation of the next cultural, social, and evolutionary steps for our species – improving the human condition and presence to, from, and within the sea.