Well, it’s officially that time of year again – chilly up top and still balmy down below, at least from the New England perspective. That means ever improving visibility as the water temp continues to drop, and time to hit the beach for a next round of ambitious extended range runs.

On Saturday, I broke out the sidemount gear and headed South. I opted for a little challenge in natural navigation, so basically, ‘keep the rocks on your right, the sand on your left’ as you head away from shore and out towards the point at Ft. Wetherill. Once in deeper water, visibility crept up to 20 feet or so, so I felt a bit froggy and decided to carry onward around the point to the shallow cove. I’ve made this around the point transit before, but only in shallow water. 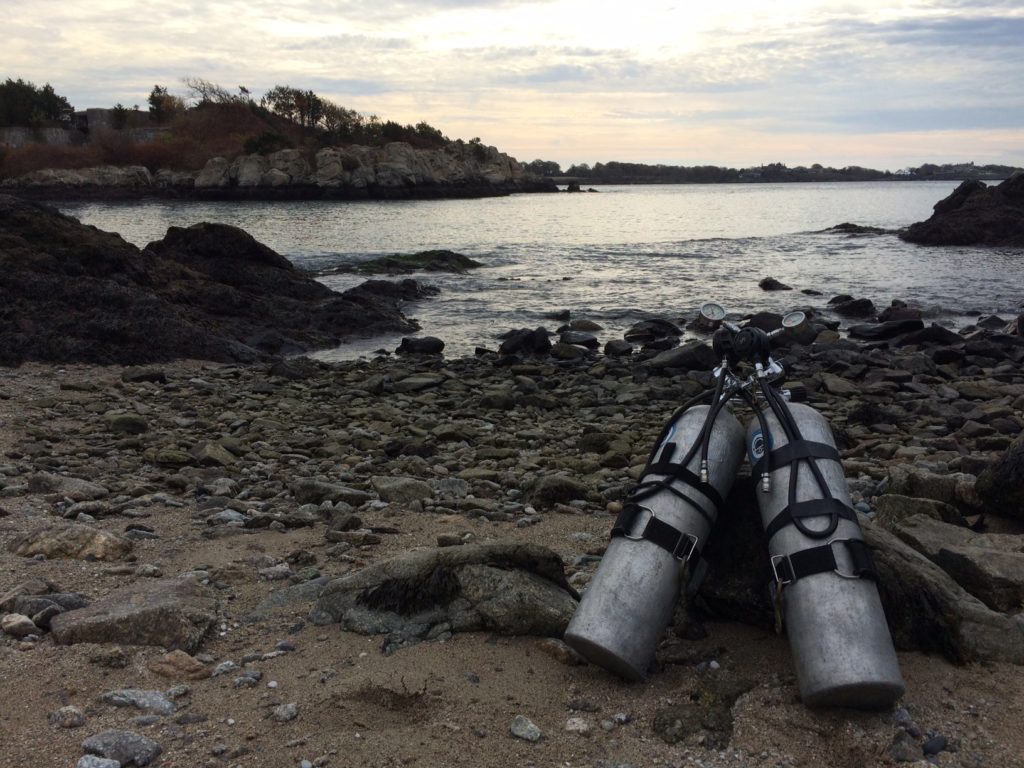 Gearing up for sidemount saturday at Ft. Wetherill. Cold starting to set in for Rhode Island diving, so time to go play!

The traverse in 60 feet of water was truly remarkable and a testament to the value in local exploration. Large granite boulders were stacked up for a long stretch, making a nice vertical drop to over 90 feet and for quite some linear distance. I opted to stay at the 60 foot contour given the increasing current and will save that slightly deeper foray for another day. As I rounded the corner from the deep end, the right hand cove sloped up to its sandy beach bottom where I finished my decompression after the 70 minute dive.

Not a bad way to spend my Saturday, and a much-needed break from the grind.