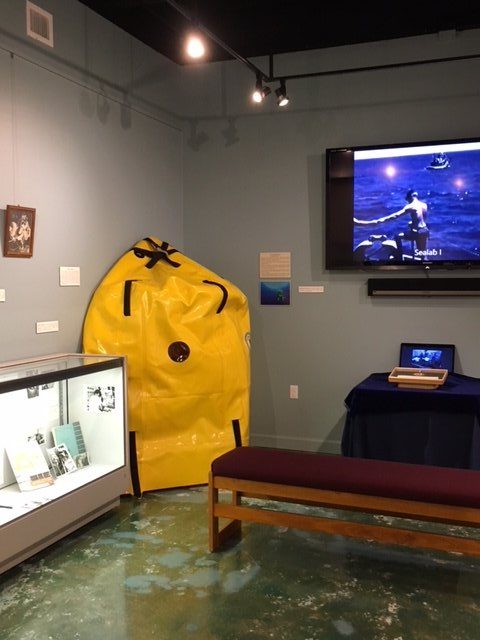 The History of Diving Museum‘s Feature Exhibit “Underwater Habitats: Man to Aquanaut and Beyond!”  is on display through June 2018 and celebrates over 50 years of research and exploration using underwater habitats.

This feature exhibit included our Gen 1 Ocean Space Habitat, which was deployed in the Bahamas in 2011 as part of a National Geographic Society funded mesophotic exploration program that allowed divers Lombardi and Godfrey to experiment with techniques for lengthy decompression following scientific work within the mesophotic zone. 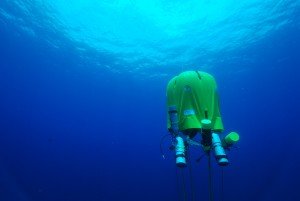 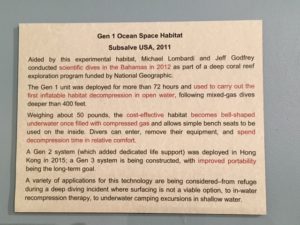