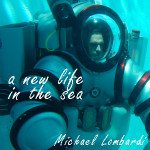 I’ve been finding tremendous value in taking steps back to reflect on how the world turns and how life ends up presenting itself. The more I do this, the more I realize that we [humans] have much more control over our fateful destiny than we often realize, and yet this predeterminism is only really put to work by a small and select group of individuals while most prefer to take the backseat. When we consider our current state with crises galore – rising tides, financial markets crashing, tremendous amounts of violence, and it goes on – it should go without saying that to solve these problems, we should be taking a hard look at how the problems came to us to begin with.

It would be a fun exercise to take that to the beginning of advanced civilization, but for sake of a short Blog post, let’s consider rewinding to the days when the world was flat. It took massive initiative by those who thought otherwise to prove it, and to sell that effort, they needed to market an opportunity worth investing in. As the flattened world became spherical, humans expanded their roots of civilization, trade, and commerce, and one might argue have flourished given the boom in population over the last several centuries.

Those early explorers were exactly right in their projections of a ‘New World’ that was out there for the taking, but who would have thought we would have arrived where we are today – our ship is sinking.

In the first sense, we are sinking quite literally – a recent article on CNN described the problem in Washington DC where the nation’s capital will ‘sink’ by about 6 inches during this century. Compounded by actual rising tides (or rather coastal erosion in this case) in Chesapeake Bay, things aren’t looking to good. That means increased environmental stress, increased demands on existing infrastructure, subsequent economic pressure, and the resultant system falls further out of whack.

This points to a second sense of sinking, perhaps more figuratively – another CNN article described the financial crisis in Puerto Rico. I do not fault Puerto Rico or their government officials in writing this, but rather offer it as an example of problems we’ll be seeing everywhere – defaulting on billions of dollars in debt. How the heck can any entity end up several tens of billions of dollars in debt? Likewise for the US and other countries who effectively live in debt and are constantly drowning through their own misfortunes.

I am not an expert economist, but I do manage my checkbook, and the finances for a couple of small businesses. Logic has always told me that when I leverage credit (go into debt), there should be a sound plan to get out of it in a reasonable timeframe.

Well – what’s our exit strategy? Someone, anyone, please answer this and tell me how to arrive at a balanced global economy. The operating on funny money has to stop at some point, or we’ll all sink.

As I’ve written countless times before, humanity is not immune to the laws of natural selection. It seems like we can’t or at least aren’t willing to help ourselves, so [rhetorically] how are we going to help our planet to ensure our own sustainability? What a shameful mess.

I certainly do not have all of the answers, but it would seem that taking our own independent and individual actions are the correct first steps in guiding us to a renewed and sustained existence, a balanced state of being, and ‘a New Life in the Sea’.