Oceanscrapers & Cities by and within the Sea 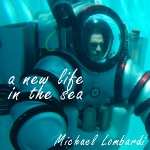 Every handful of years we see a short bit of press related to elaborate proposals to construct grandiose and magnificent cities beneath the sea, much like this recent piece in CNN highlighting Vincent Callebaut’s proposed ‘Oceanscraper’. These are all awe-inspiring, intriguing, and draw on dreams buried ‘deep’ within our brains that were all left by the wayside as adulthood and reality set in.

I think all of these are marvelous concepts, but where are they? Aside from a few exotic undersea dining experiences or short overnight stints in a stuffy underwater tin can – life in the sea as it has been envisioned by Cousteau and others just hasn’t caught on. And yet, it is that very subject that I take on with this Blog with almost every post.

First, why bother? It is HUGELY expensive to construct, lat alone maintain large underwater structures. The husbandry element alone is massive, though of course I’m not complaining because that means job security for those in my shoes. Couple in maintenance of an enclosed environment for human occupancy, and it is just a massive – but not impossible – undertaking. The few true existing underwater habitats are dedicated for science and hardly luxurious, and justifying even their expense is an uphill battle. So, it is probably fair to say that neither luxury living nor science alone are the tickets to any longevity and sustainable undersea permanence by humans.

On the other hand, I find validation in the dream from global pressures resulting from [our] imbalance in the Force. Given today’s priority topics of climate change and all the destruction that comes with that, coupled with overpopulation of many coastal areas and we may have a very real need to look to the sea for inhabitable space within a generation or two. Personally, just driving to work everyday reminds me of how crazy things are out there on the streets, and I’d like nothing more than to escape the insanity for a more peaceful and sustainable existence – there are few places on Earth where that is possible. If we continue to act as irresponsibly as we have been through the Anthropocene, Earth may very well force us out and away from terra firma. Then what?

Second, how do we justify the expense? Well, as I stated, undersea living will not be cheap, even when considering something at scale, as we’re talking about all new construction techniques to buffer the massive forces of the ocean. The structure, or rather the people occupying the structure, will need to be on the productive end of the industrial spectrum rather than the consumptive one. That is completely opposite of the world we take for granted today, especially here in the US. i.e. Something tangible must be gained from the structure to at least subsidize the construction and operational costs. With energy crises being top priority these days, my thought is that undersea colonists should be harnessing energy from the seafloor – be it wave, chemical, biological, or other. This is all feasible, but has yet to be demonstrated at the scale necessary for undersea living subsidies.

Lastly (for this post anyway), how do we get from here to there?

This is the big problem. Most people find sea stories at least alluring, but the thought of simply scuba diving brings on many fears in people who have not been exposed to the water. That means, novelty of a ritzy vacation in an underwater hotel aside, the ambitions for humans residing permanently underwater fall squarely on a tiny minority of the world’s population – maybe 10 million of us at best. Of that, perhaps only a few thousand have the working aptitude to even begin to adapt to an undersea permanence. Despite working divers being some of the smartest people I know – we are in the minority, bigtime. The social and cultural change needed at a global scale is significant, and frankly, working divers tend not to be the best communicators and educators (generally speaking). However, timing for this evolution also could not be better. In recent months we’ve seen fantastic efforts to establish new marine protected areas which will prove to slowly engrain a new appreciation for all things ocean among the populus. That appreciation needs to be leveraged into a new understanding of our [human] role here on Earth, and how we play into global environmental balance – ‘Gaia‘ if you will. Assuming those that understand this become the majority, rather than the current minority, we may be on our way to a more synergistic and harmonious life with, and within, the sea. No short order, and plenty of work to be done.

Now, practically speaking, I can almost guarantee that there will be no ground breaking for an underwater city until at least several things happen, where 1) closed circuit rebreather technologies become standardized among and between manufacturers, and their current consumables become energy-replenishable rather than throw-away; 2) current and next generation atmospheric diving systems are demonstrated to have productive value up to and reaching their current technological limitations; 3) the prior item establishes a new market demand where it becomes highly impractical to continue with only the short forays that we currently make when exploring underwater (i.e. we need days or weeks as opposed to hours to be productive – beyond saturation diving depths).

Too much to accomplish in one day for certain, so for now I’ll just go diving. At the least, that keeps my eye on the ball, and finding solace in knowing that there are solutions out there to our problems – we just can’t be afraid to get out there and start looking (or lurking).