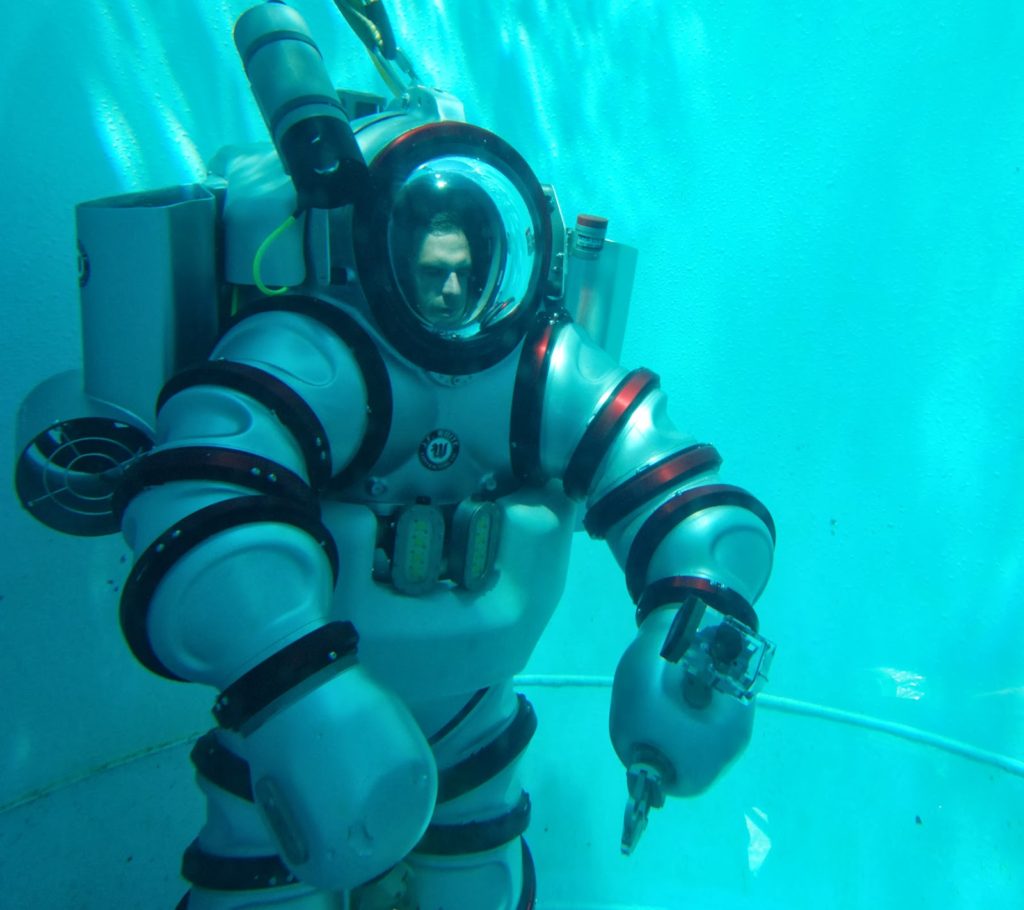 Correction: this mission has been rescheduled for summer 2015 following technical difficulties in 2014. Stay tuned!

The first scientific exploration mission utilizing the Exosuit ADS is taking place this summer (2014), approximately 100 miles off of the Rhode Island Coast at a location called the Canyons, while working in the mesopelagic environment (depths of 200 to 1000 feet).

The mission, entitled the Stephen J. Barlow Bluewater Expedition in honor of the long-time President and COO of the J.F. White Contracting Company, is a cooperative program between J.F White Contracting, Yale University’s John B. Pierce Laboratory, and the American Museum of Natural History.

The expedition’s mission is to evaluate methods for improved human presence and scientific interaction at the edge of the mesopelagic realm as applied to the discovery, collection, and imaging of bioluminescent and biofluorescent organisms. RNA/DNA will be extracted from collected specimens for future isolation of novel compounds which will be evaluated for use in biomedical research including cancer cell tagging, and development of neuronal activity probes. The novel approach to study includes the complimentary use of the Exosuit ADS with a custom engineered National Science Foundation funded Saab SeaEye Falcon ROV also equipped with specialized low-light imaging, illumination and collection equipment, provided courtesy the City University of New York and the John B. Pierce Laboratory.

The project is being coordinated by Michael Lombardi.

Follow this project at www.oceanopportunity.com, a blog site developed by Ocean Opportunity Inc.