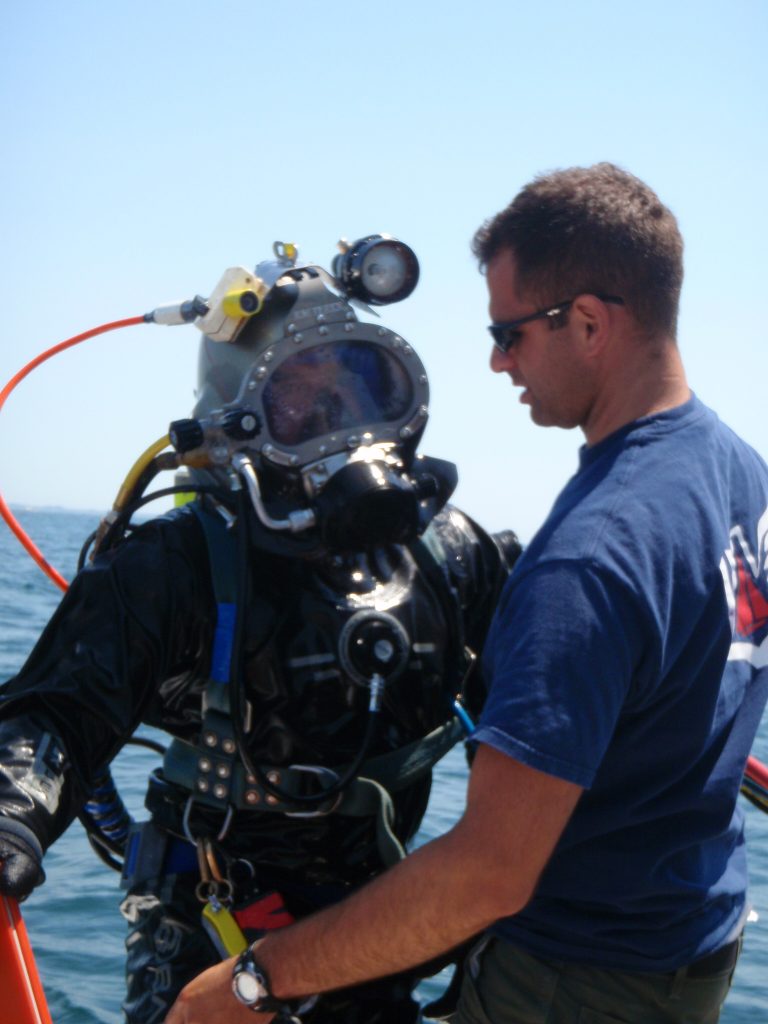 Jamestown | a Reef from Ruins

The ‘old’ Jamestown Bridge in Rhode Island was destroyed using controlled demolition techniques in 2006. Bulk sections of its debris were placed offshore to construct two artificial reef sites in 60 and 90 fsw.

For the next three years, we supported a RI DEM funded survey of the two sites to document early settlement of marine life to the reefs. These two sites have provided refuge for marine life and have attracted larger fish and other predators. Given the site’s hazards, techniques conventionally used for “commercial diving” were used for data acquisition.

This artificial reef project is largely out of sight, so out of mind for most Rhode Islanders, however, should be praised as a successful artificial reef construction program. We hope to shed additional light on this important effort in the future…